Molly went out this morning dodging rain squalls and got these.
Not bad eh?
Some of them even have rain drops in the background.

Molly went on a solo photo ‘safari’ Monday morning. She went looking for ‘little birds’. The difference between Saturday morning and Monday morning was significant. I had to chuckle a bit when she called and told me that she had found a new type of Indigo Bunting that turned out to be a Blue Grosbeak. Dickcissels have increased their numbers. I have a hard time liking Brown Headed Cowbirds but I think she did as good a job as I have seen on these ‘parasites’ (yeah…..I could be biased 🙂 ).
She said she tried to get some Orioles but they just didn’t cooperate and she got a bird we are having a debate about the ID. I need to send it to John Watson so we can learn what it is.

For those that like the technical stuff: camera 40D in AV-Lens 600mm with 1.4 extender-Tripod-Chevy Crew Cab with bean bag 🙂

As always–click for larger image

Out the door this morning before sunrise. We both have been busy, so no advance scouting has been possible.
I didn’t know if I could get Molly on the blue birds that were raising a brood a couple of weeks ago, but that was the plan.. Weather forecast was for cloudy skies but no rain. Of course the minute we locked the house up…..you got it–rain. Not a downpour but enough to make me wonder if we should have brought the rain gear.

In and out of light rain all the way to the area where Molly planned to photograph. I acted as the camera sherpa and carried the 600 with 1.4 extender on her 40D and the tripod/gimbal to the spot. Molly asked where I had set up the last time I was there. I said about 40 feet off the path. Between the path and the place I suggested was taller,wet grass. I looked down. Saw Molly’s suede sandals and knew we were as far as we were going to go 🙂

An hour later we packed and headed home with the trophy shot you will see below. 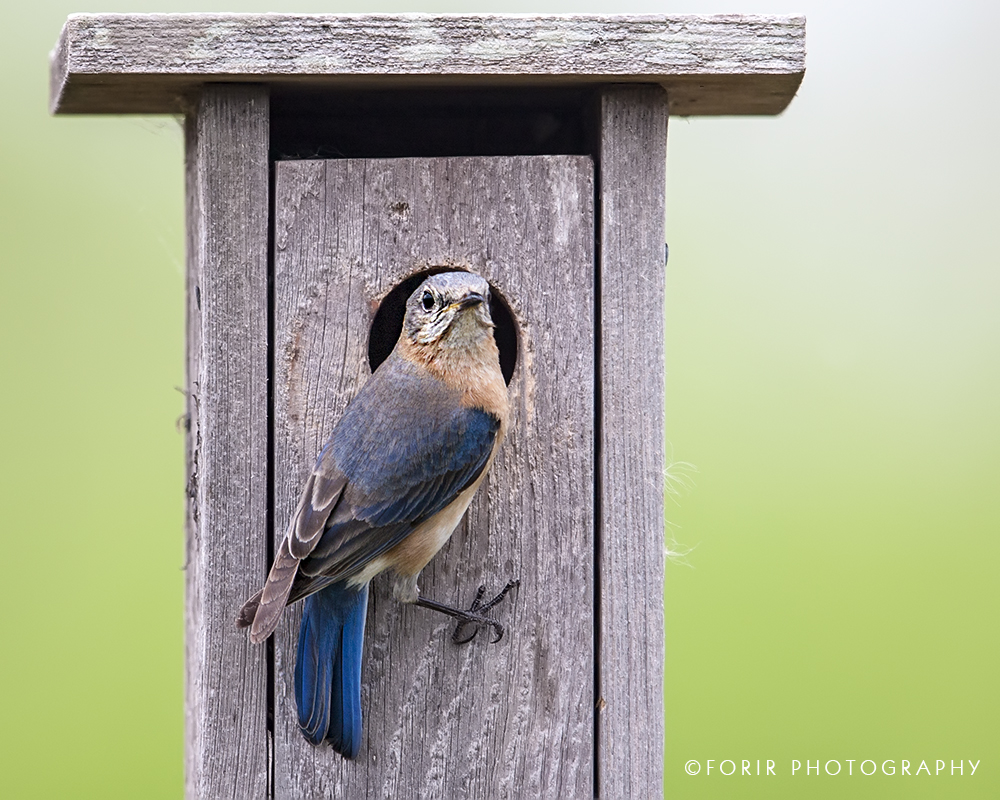 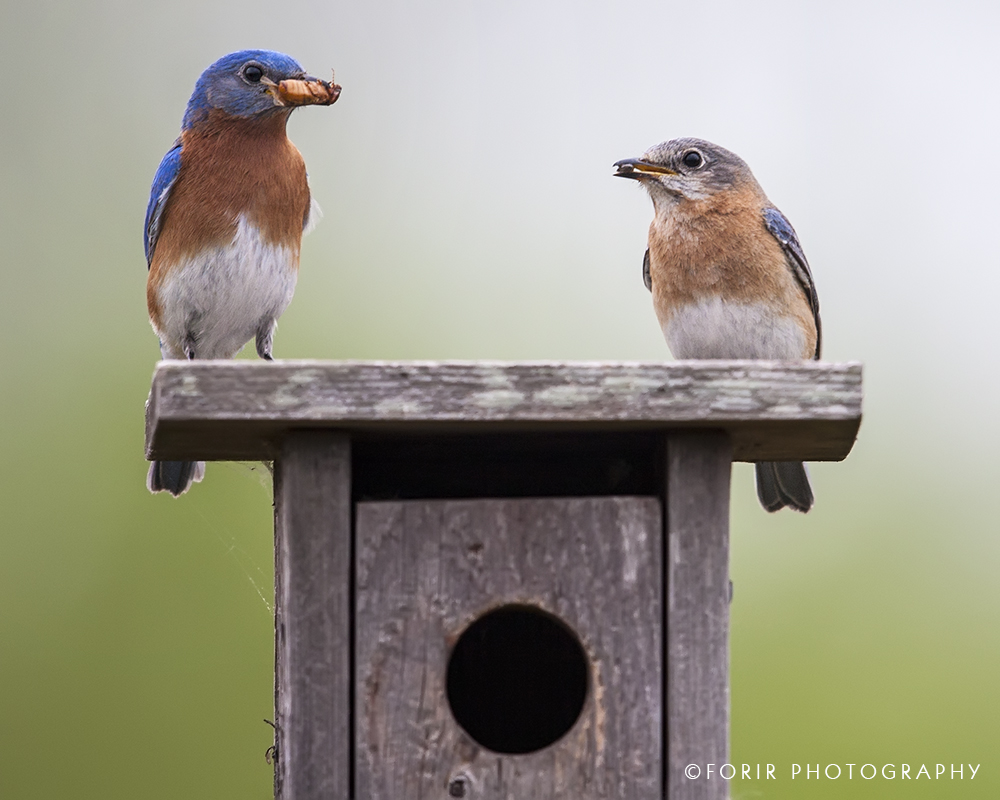 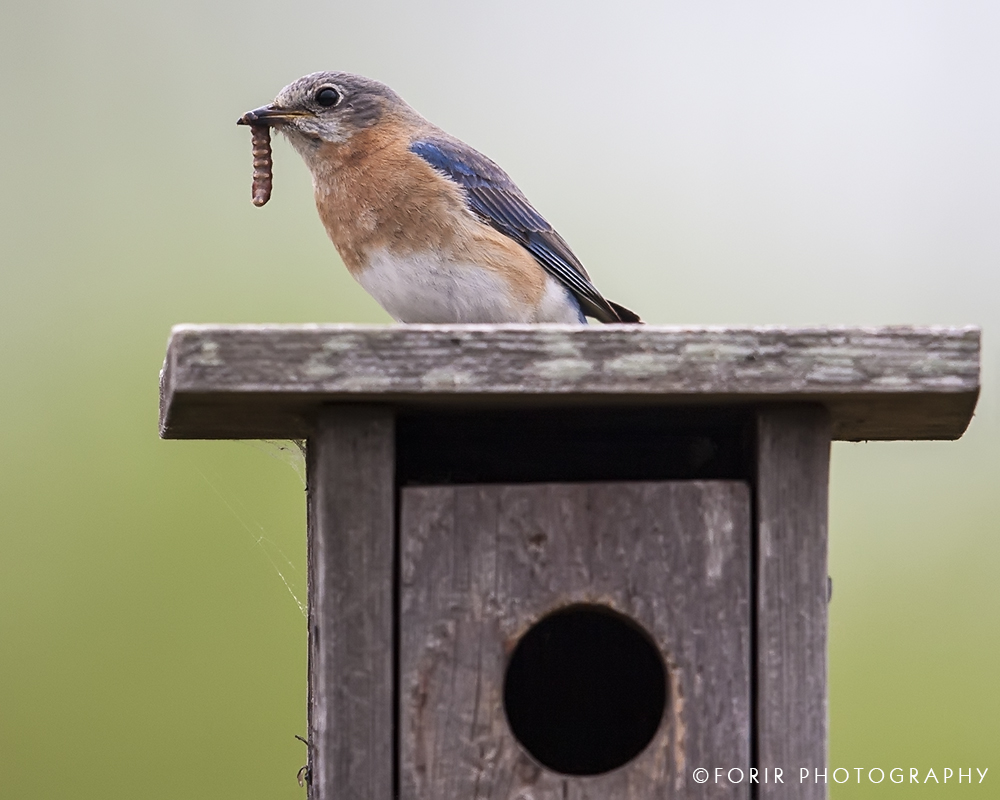 I headed out to Columbia Bottoms Saturday morning. I knew where I wanted to set up from seeing where the birds were working on Friday morning. Carried in the gear,set up in ankle-deep water and had everything ready to go just as the sun broke above the horizon. Teal dropped in 30 feet from me right on cue. I pushed the shutter and NOTHING. Error 99. It read Error 99 three hours later.
Many of you know I shoot an old 1DMKIIN. Great camera. Breezebrowser Pro says the shutter count is 544,476 frames. It has always been a bit finicky about shooting in air temps below 75 degrees since I’ve owned it. The two shutter replacements helped initially but eventually, they succumb to ‘heavy’ use.

What do you do in that situation? I just enjoyed the morning. Sometimes, when it just doesn’t work, you just watch and stow away the shots that could have been and enjoy being out in nature without anyone around. You kind of let nature shake and shift the contents of your mind until things start to take a little order. I knew a fella that often went fishing and never tied a hook on his line….just a sinker. He would cast his line out and then sit with a few adult beverages and watch the world go by. I asked him about all this and he told me “why ruin it with catching fish?”

I think I know what he was talking about after the Error 99 would not clear LOL.

Got home and the camera worked just fine.

Since this is a photography blog…here are 3 from Friday morning. As always,click for larger version.